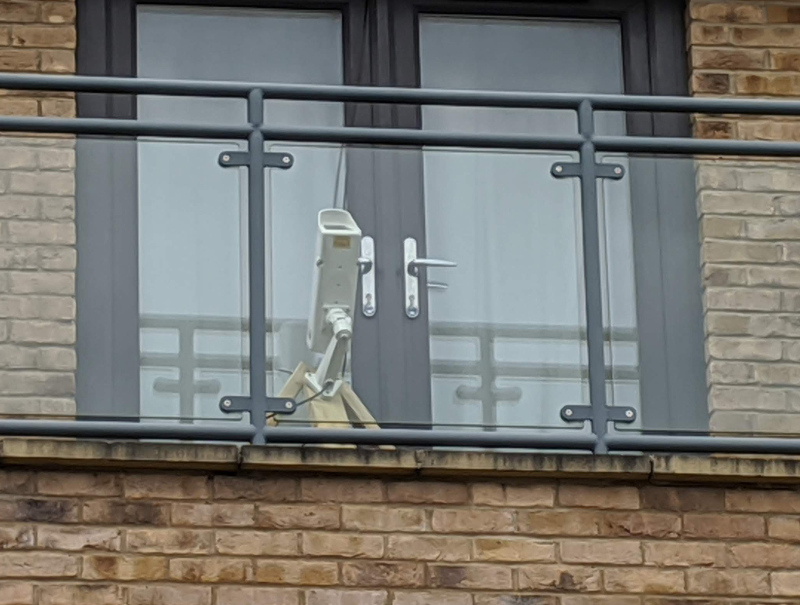 Pi Gazing is a project to build meteor cameras using Raspberry Pi computers connected to CCTV cameras which are directed upwards to record the night sky.

The Raspberry Pi computer analyses the video feed in real time to search for moving objects, recording the tracks of shooting stars, as well as satellites and aircraft. We also see rarer phenomena: lightning strikes, fireworks, and Iridian flares, caused by glints of light from solar panels on spacecraft.

Whenever a moving object is detected, the Raspberry Pi stores a video of the object's path across the sky. Using a software package called astrometry.net, the camera is able to automatically detect patterns of stars and calculate the direction in which the camera is pointing, allowing the object's celestial coordinates to be determined.

Each time the camera identifies a moving object, it compares the observation with the records of other nearby cameras in the Pi Gazing network, to see if the same object was seen from multiple locations. If so, the software compares the position of the object in the sky as observed from the two locations, in order to triangulate its altitude and speed. For shooting stars and satellites, it is then possible to estimate the object's orbital elements.

The cameras also take a series of long-exposure still photos each night. These are used by the software to determine the direction the camera is pointing in, as well as to calibrate any distortions which may be present in the lens used (for example, barrel distortion).

These still images also allow you to watch how the constellations circle overhead as the night progresses, or how they change with the seasons. You can see the changing phases of the Moon, or watch the planets move across the sky.

On this website, you can browse the entire archive of observations recorded by our cameras.

All of the software and hardware designs are open source and can be downloaded from our GitHub pages under a Gnu General Public License V3.

We are very grateful for advice from many amateur astronomers who helped us with the design of Pi Gazing. These include the NEMETODE and UKMON networks of amateur meteor observers.

Pi Gazing is based on code which was developed for Cambridge Science Centre's MeteorPi project, which was created by Dominic Ford with generous support from the Raspberry Pi Foundation and Mathworks.