Pi Gazing cameras are similar to CCTV cameras, but they point upwards at the sky!

Each of our Pi Gazing observatories looks very much like a CCTV camera you might see in the street. The most obvious difference, though, is that ours point upwards at the sky.

Inside the box, some of the electronics is also similar to what you might see in a CCTV camera. At the front of the box, we have a Watec 902H2 Ultimate – a Japanese model of CCTV camera, which is designed to work in incredibly dark places.

These cameras are normally used to look at dark alleyways, but they're useful to us because they only need only look at the sky for a few seconds to detect stars hundreds of times fainter than the human eye can see.

The electronics in a Pi Gazing observatory. A Raspberry Pi Mk 3 analyses the pictures to look for moving objects.

What makes our observatories very different from CCTV cameras is the electronics that analyses the video signal.

We have a Raspberry Pi 4 Model B computer, which receives the pictures from the video camera and analyses them. It takes long-exposure still photographs every 30 seconds through the night, and also monitors the video feed to look for moving objects.

The system is designed to be entirely autonomous. Once a camera has been set up, we can leave it for long periods without doing any maintenance. Each set up uses a GPS receiver record its exact location, and also to know exactly what the time is. It can calculate the time of local sunrise and sunset to know when it should begin observing each night. 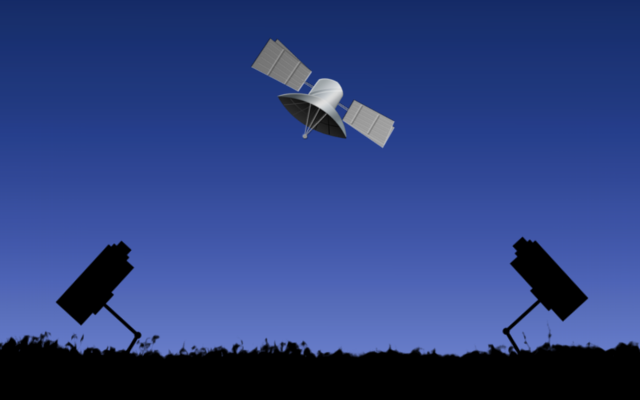 By observing from many different locations, we hope eventually to be able to triangulate the 3D positions of objects.

Our cameras are spread across a number of locations in the east of England, and we hope to spread them over a wider area soon.

Having many cameras in different locations helps us for several reasons. On average, the weather in any particular location in the UK is only clear on one night in three. However, by having cameras in different places we have a higher chance of finding somewhere where it is clear.

Different locations are affected by light pollution to differing degrees. The view of the night sky from a city can be very different from the view in the countryside, where many fainter stars will be visible.

Eventually, we hope to use simultaneous detections of moving objects from different locations to triangulate their altitudes and speeds.

All of our cameras are programmed to automatically transmit all their observations to a central archive each day.

This usually happens around lunchtime, and the observations become accessible via this website shortly afterwards.

If you search our website very early in the morning, you may find that the previous night's images haven't appeared yet, but they should arrive soon!